“Every bizarre story in the country now has a Florida connection. I don’t know why, except it must be some inversion of magnetic poles or something.” – Carl Hiaasen, novelist and Floridian

So, it shouldn’t surprise us that the man who was locked for hours in an LA Fitness gym last week was a Floridian. Nicholas Clayton was relaxing in the sauna listening to music on his headphones after a workout. He didn’t realize that the gym closed that day at 5pm. When he finished his sauna session, he walked out of the hot room and into an empty one.

The lights were off. The staff was gone. The gym was completely shut down and Nicholas was stuck. Some people may consider being trapped in a gym a nightmare, but Nicholas had a good attitude about it and found it amusing.

The first thing he did was call his mom. “She couldn’t stop laughing,” Nicholas said, so he ended that call. Then he did what anyone in a tough situation would do: he posted a video explaining his predicament on YouTube and Facebook. Incidentally, his video has over one million views. 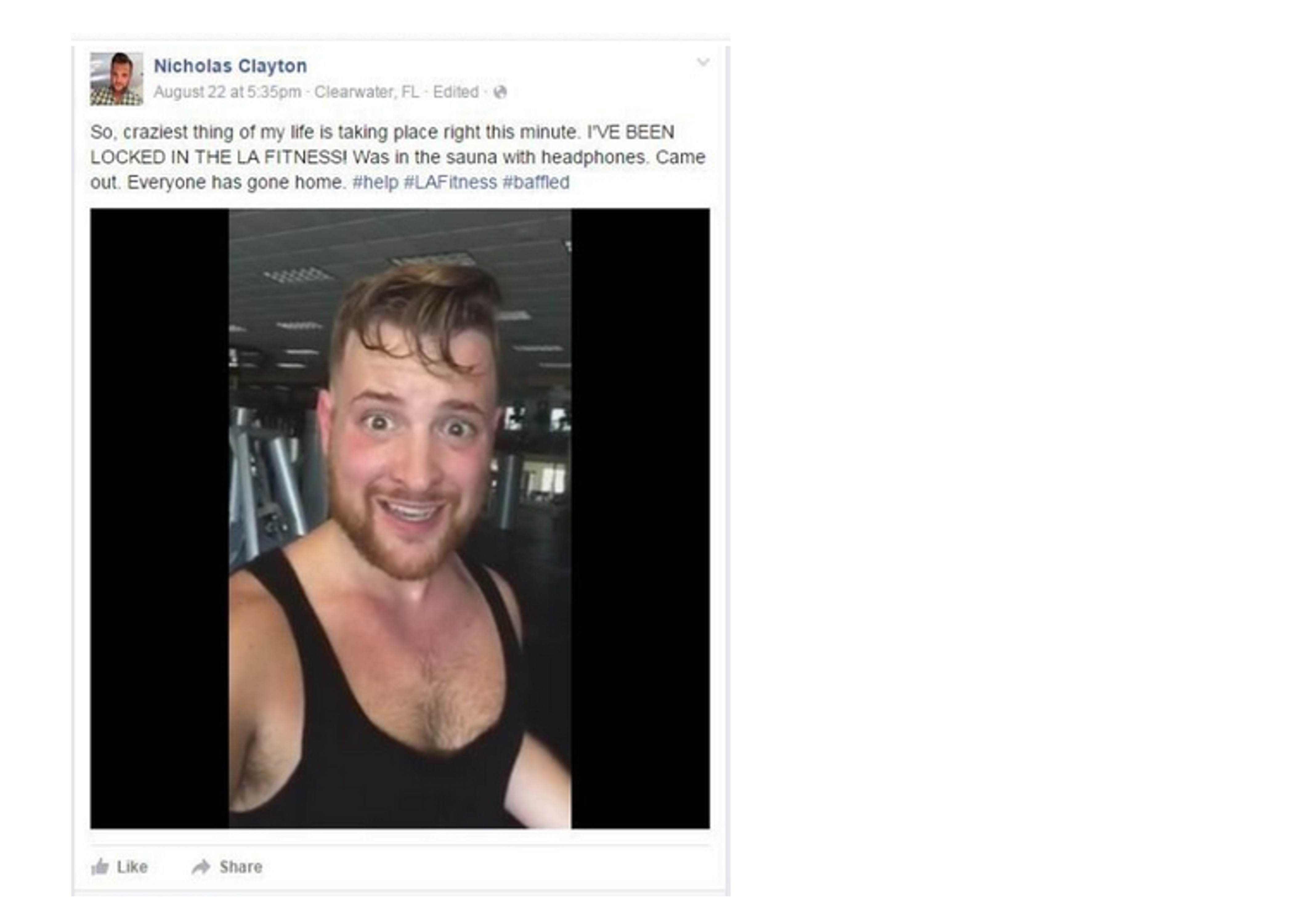 Nicholas then got in touch with another LA Fitness gym, which was open. He was told that he could simply exit the unlocked door without triggering any alarm. So he walked out. Yes, after all that it turned out he wasn’t actually locked in. Only in Florida…

We'd love to hear from you. What’s the craziest situation you’ve gotten yourself into during or after a workout? Comment below or on our Facebook page at facebook.com/flytefitness, or tweet us at @flytefitness.